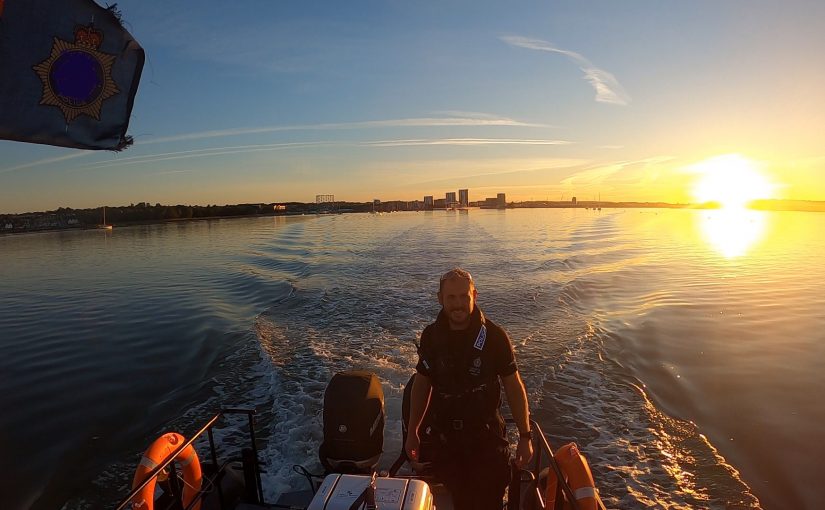 No matter what job you are in at some point there will be an element of stress layed upon you whether induced by pressure in getting the job done to people causing you issues or even just making life difficult. This some times can bring on a sense of fear of failure.

For me that fear of failure is alway present around the word EXAM! There seems to be two types of exams in the old bill; the good old knowledge check that can be talked through and isn’t there to catch you out AND then you have the Exam Exam!

An Exam Exam is the type the feels like it is trying to catch you out.

Recently I have done one of each of these exams and thankfully passed both but they came with different stresses that is not only induced by the pressure put on by yourself but also from the people running them!

I recently attended a specialist course out of county. When you enter the room for a first day of a course you tend to get an indercation from the atmosphere of how the whole thing is going to play out.

The differences of this course was there was an exam the first day. Because the course was a combination of two diserplins you were expected to know both subject manules inside out.

On top of that not only to make things worse, three days earlyer I had just completed a two weeks medics course which also had an exam. So I ended up revising multiple subjects each night with my brain spinning like plates on sticks!!

It was a strange experience for me because I felt slightly confident as I had done a good amount of revision but the atmosphere in the room started to over shadow that positive feeling. Following introduction from the staff it seemed as if they were laying a lot of pressure on this exam to the point that there was talk of if you fail by a certain percentage then that could result in you going home. So this was an out of county course which involved two of us travelling up in one car. So if I failed Iv now got that added pressure of having to find my way home.

The exam came with in half hour of sitting down on day one! I really did nuckel down and revise but this was not a easy at all. Some of the questions were not dyslexic friendly. Certain answers being similar which meant it was easy to miss read and chose the wrong answer which I did one one question.

However I reached the pass mark needed to continue. It then seemed that staff down played that stress which was placed on the class saying not to worry if you failed as there will be another opportunity and a chance to speak to staff regarding this but not to worry! It was interesting because they told the class that they would not say who failed and would make them aware of a time they would need to see staff to talk about what went wrong. But just after saying that they placed postet notes on certain desks with times written on for the rest of the class to see!!! Another mind game….?!?

In comparison as I mentioned earlyer the week before I successfully completed a two week intense public order medics course. It basically teaches you to treat colleages and members of the public in up to a full riot situation where ambulances can not get too.

It was a very practical course as you could imagine but the difference being that it built in learning for the written exam. This then took the stress out of the written exam and allowed you to focus on the constant practical sessions needed to get accredited. The trainers were there because they wanted you to pass and there was no negative atmosphere surrounding the whole course. By far this was the best course I have ever done but also one of the most challenging. I can not stress how much of a dirfence it makes when you have the right trainers with the right attituded!

The key to any course I guess is the balance of hard graft, time invested and a good positive relationship with the other course members. That banta level / team positive attitude will be the key factor in the over all success of the group.

I have just done the Sergeants exam and for me this was the hardest exam I have ever done. There was a lot of blood sweat and tears that went into that process. This will be the topic of my next blog so not wanting to spoil the plot I will save it all for the next blog 🙂